I came in the kitchen to make dinner and found Lila standing in front of the pantry. She had gotten into the spaghetti again.  I don't know what this girl's deal with spaghetti noodles is... 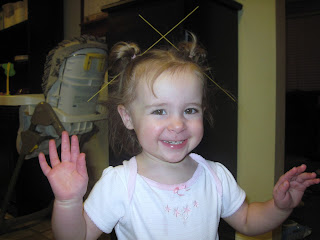 She stuck them into her hair all by herself. I don't know if its because she sees me sticking my knitting needles behind my ear or because she's been watching Mulan a lot lately. Either way I think it is hilarious! 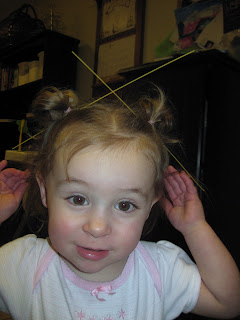 This one is going to keep you on your toes. But in a good way.


P.S. I am super proud of you for coming with me today!!!

Maybe she is just very fashion forward. For all we know noodles in your hair could be the next big fad.

That's funny. What a cutie.